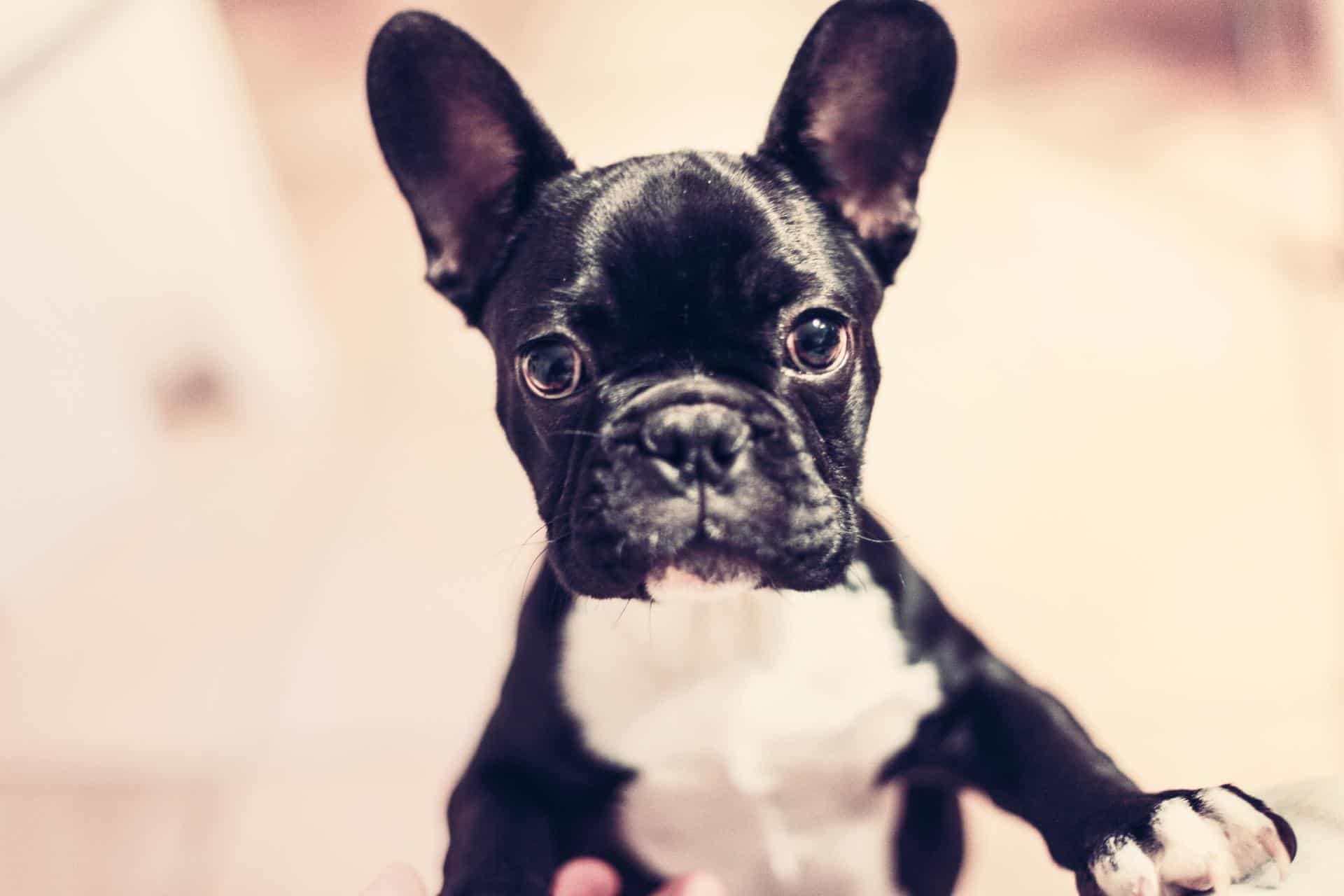 French Bulldogs are fast becoming the most popular dog to have as a pet.

How many celebrities have you seen recently with a cute Frenchie pup tucked under their arm – Lady Gaga has got Asia, Hugh Jackman has Dali – and of course, David and Victoria Beckham have the beautiful Scarlet.

So anyone who is anyone has a French bulldog it seems.

However, don’t be fooled by the cute face and the huge ears. Owning a Frenchie is a huge commitment.

It’s not a dog for the faint-hearted.

But if you’re determined to become a slave to the Frenchie, at least you can give yourself the best start by choosing wisely before buying a French bulldog puppy.

Contrary to what many people think, French Bulldogs are not born with bat-like ears.

Their ears grow rapidly from birth but flop down like a Retriever’s ears.

From about week 4 as the calcium develops, their ears start to lift.

The funniest sight is when you come down one morning to a litter of puppies and one ear on the first pup is standing proud, while the other still flops over.

Both ears on the pups should be standing by about week 6, but it has been known to take up to 6 months in some puppies.

So don’t worry if you go to view pups and their ears are still floppy. This should soon change.

My search for a French bulldog puppy took two long years. A Frenchie pup is not an impulse buy.

Before Buying A French Bulldog Puppy

Do your homework before buying a French bulldog puppy.

The most common questions relate to the temperament of a French Bulldog.

Find out about allergies as well as health issues – and don’t forget to mention the GAS!

Frenchie owners just love talking about their fur babies. If you show that you are willing to learn about the breed before you buy, they will bend over backward to help.

Don’t be intimidated by the apparent wealth of knowledge that Frenchie owners have. Like everything else, it comes with the experience of owning one of these special dogs.

Pay attention to what other owners are saying about breeders. Frenchie owners will talk honestly amongst themselves about their dogs. They will expose puppy farms or back street breeders without hesitation. You should always be guided by their advice.