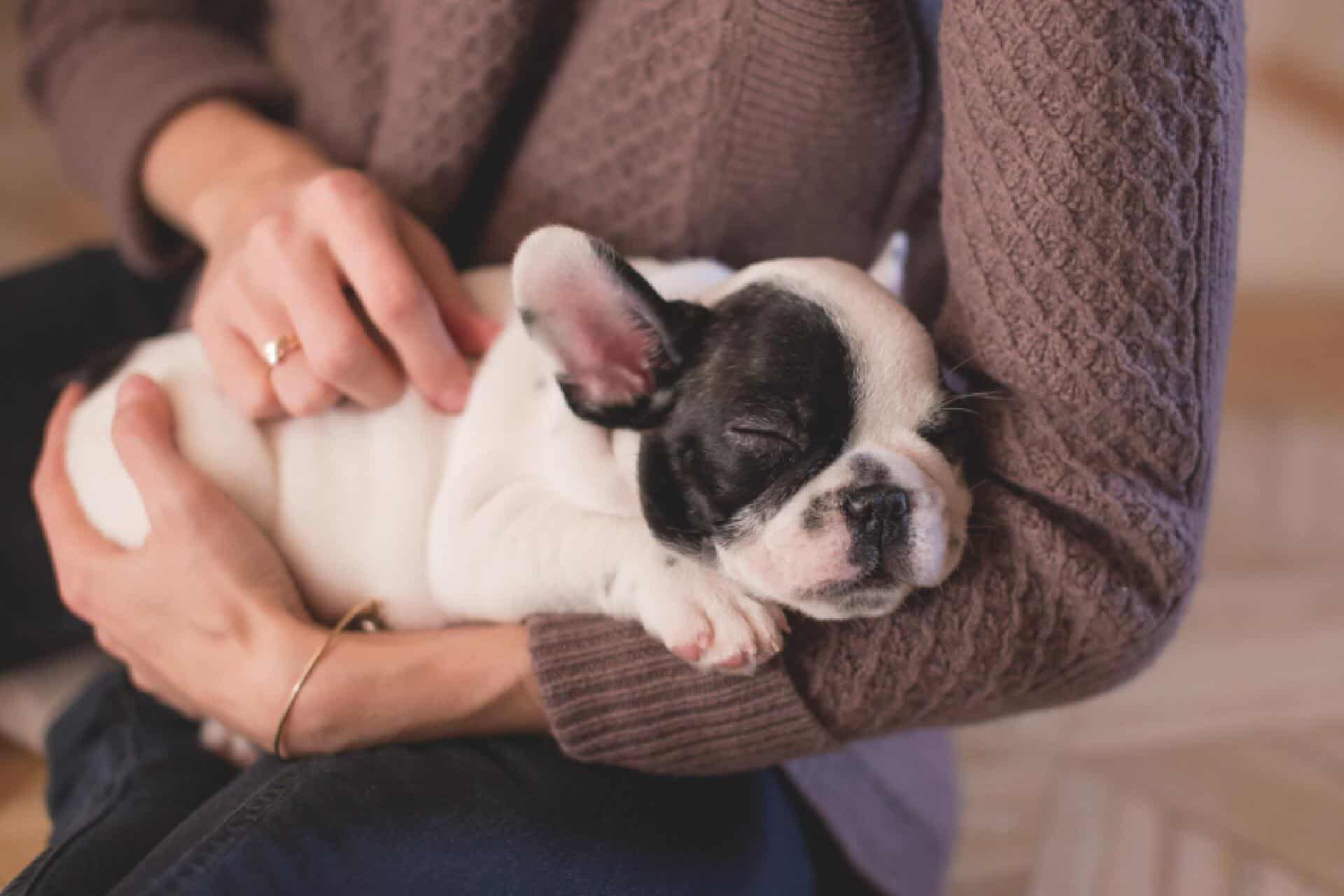 Like all breeds of dog, Frenchies can have their fair share of health problems which can prove expensive when requiring vet treatment – here are a few of the most common French Bulldog health issues:

Part of the Frenchie charm is their “pushed-in” bulldog face. Unfortunately this feature means a short airway which can lead to breathing problems. Narrow nostrils can add to the problem so sometimes it is necessary for the vet to operate to widen the nostrils to assist breathing.

Any treatment involving a general anesthetic is risky with a Frenchie – again due to their flat face, they require increased monitoring and careful sedation.

Frenchies don’t need huge amounts of exercise and should never be exercised in the heat of the day. Their flat face and short airway means they have huge difficult in regulating their body temperature and can overheat very quickly.

Frenchies can suffer terribly from allergies and itchiness. Owners can spend a lot of time researching why their Frenchie seems to be allergic to anything and everything from their food to the grass in the garden.

Frenchies can suffer in varying degrees from skin problems. Itchy, broken skin, constant paw licking and bald patches are just a few of the problems commonly seen. These problems can often be controlled with diet but may sometimes require vet treatment.

This is an unpleasant looking but relatively painless condition that affects a small number of dogs. The dog’s third eyelid prolapses from its correct place out of sight in the corner of the eye and protrudes over the visible portion of the eyeball.

A red mass appears at the corner of the eye near the nose around the area of the tear duct. Cherry eye problems can also produce a sticky discharge as well. An experienced owner can treat cherry eye at home initially but recurring episodes will need a visit to the vet.

This type of cataract will show up at an early age and in most cases is inherited. One or both eyes may be affected and cataracts may not appear in both eyes at the same time. There is no proof that eye color has any bearing on the likelihood of developing juvenile cataracts.

Many dogs with juvenile cataracts can lead normal lives well into their older years before cataracts impair their vision dramatically. Unfortunately, in some instances, the cataracts are severe enough to cause blindness at a young age.

Patellar luxation is the term used to describe the slipping (dislocation) of the kneecap. The patella in dogs is a small bone held in place by ligaments that shields the joint where the femur meets the tibia (the stifle) and acts as a lever.

Patellar luxation can occur as the result of injury or genetic problems (present at birth). French Bulldogs fall just outside the top quartile of dogs likely to suffer from patellar luxation as a result of a genetic deformity.

Research has shown that approx 5% of dogs will suffer this problem. Patellar luxation can be detected by a veterinarian and is normally graded 1-5. Dogs with grades 1-2 will likely not require corrective surgery, however, those graded 4-5 will most likely require surgery to correct the condition, ease pain and prevent arthritis.

Hip Dysplasia is the failure of the hip joints to develop normally, gradually deteriorating and leading to loss of function of the hip joints. It is one of the most common skeletal diseases seen in dogs and often begins while a dog is still young and physically immature. Early-onset usually develops after four months of age

Murmurs are extra heart vibrations that are produced as a result of a disturbance in the blood flow enough to produce audible noise. Murmurs are classified according to a variety of characteristics.

They are graded in degrees of severity from Grade I to Grade VI. Generally, a heart murmur will only require out-patient treatment from your vet. Puppies with low-grade murmurs may require little or no treatment and often murmurs will settle themselves within the first 6 months.